Known at one time as vitamin B4, before being stripped of its essential status, choline is a molecule required by every cell, being especially important for mitochondrial energy production, fetal neurological development, and healthy liver function. It also plays an underappreciated role in the methylation cycle, which bears upon everything from gene expression to cardiovascular health. So it seems inexplicable that such an important molecule could lose its vitamin status. The reason choline is not technically considered a B vitamin is the fact that it is capable of being synthesized by the body. But then again, niacin can also be synthesized by the body from the amino acid tryptophan, and yet B3 is still considered a vitamin. Pellagra, the disease of niacin deficiency, can technically be corrected with large doses of tryptophan[i], and yet the body’s demand for both niacin and tryptophan is so high that diets deficient in niacin will still result in deficiencies of this nutrient. The same thing is true for choline: while it can be synthesized by the body, a deficiency still results when it is not provided in adequate amounts by the diet[ii]. So a convincing case could be made for its reinstatement as vitamin B4. It is also interesting to note that the specific disease which results from choline deficiency,  non-alcoholic fatty liver disease (NAFLD),   is the very disease that is currently an epidemic in the global population.

NAFLD is now considered the most prevalent liver disease in human history, thought to afflict two billion people, almost one-third of the world’s population[iii]. If left untreated, which it often is, it can lead to permanent liver damage and an increased risk of liver cancer, just like its close relative alcoholic fatty liver disease. The disease is essentially defined by the accumulation of fat droplets within liver cells, and can be experimentally induced simply by removing choline from the diet[iv],[v]. The best dietary sources of choline tend to be foods high in cholesterol, which many people still avoid due to outdated and disproven science which had incorrectly linked cholesterol intake to cardiovascular disease[vi]. For this reason, the diets of many people today are deficient in choline[vii]. Egg yolks, once demonized, are by far the best source of dietary choline, though liver, meat, fish, and whole grains are also considered good sources[viii]. This is yet another example of how misguided dietary advice from supposed experts, often acting in cooperation with the agricultural and food industries, can end up doing more harm than good. Is it time to reassess choline’s status as a B vitamin?

Choline was discredited and stripped of its vitamin status for the reason that it was once (erroneously) considered non-essential in the diet, for it is technically capable of being synthesized in the body: the compound SAMe (S-adenosyl-L-methionine), a crucial methyl donor derived from the amino acid methionine, can technically be used to synthesize choline in the form of phosphatidylcholine, from phosphatidylethanolamine (a precursor which does not contain choline). The problem is, the body’s demand for phosphatidylcholine is very high, this being a constituent of basically every cell membrane, and so relying on this pathway to synthesize essential choline would deplete SAMe. This can in turn derail the body’s methylation cycle, increasing homocysteine levels and compromising the capacity for methylation reactions to occur throughout the body. So while the body can make choline, as opposed to obtaining it from the diet, to do so would come at a terrible price.

Choline is an interesting example of a nutrient which both meets and fails to meet the technical definition of a vitamin, truly a testament to the complexity of nutrition science and human metabolism. A vitamin is defined as a substance that is required by the body for normal function, but which the body cannot make itself, and must therefore be obtained from the diet. Choline incorporated into phospholipids is a structural component of every cell, and the function of the entire nervous system depends on it as the basis of the neurotransmitter acetylcholine. Given its importance then, it makes sense that the body would have a pathway available to synthesize choline, and for this reason, it cannot be considered a true vitamin. And yet, at the same time, choline has been proven to be an essential component of the diet, without which a nutrient deficiency disease ensues, therefore paradoxically meeting the definition of an essential vitamin. Studies using both human volunteers on a choline-deficient diet[ix], and patients sustained on total parenteral nutrition lacking choline[x], have revealed that if adequate methionine, folate, and vitamin B12 are provided in the absence of choline, what results is the rapid development of non-alcoholic fatty liver disease (NAFLD) and liver damage, which was shown to reverse with the reintroduction of choline into the diet[xi]. So, insufficient choline intake results in NAFLD. What more proof is needed to classify it as an essential nutrient?

That choline deficiency can induce NAFLD is an important consideration , given the increasing prevalence of NAFLD in the population: is this increasingly common condition, closely linked to obesity and type-II diabetes[xii], merely a nutrient deficiency disease? There are significant reasons to believe this is the case, given choline’s role in liver function and especially, in liver triglyceride metabolism. Egg yolks are notably rich in choline, being in fact the best known dietary source, and bakers have long since understood the importance of using egg yolks in many of their recipes. Egg yolks act as an emulsifying agent, helping to harmonize the water-based dough mixture with the fats necessary to provide baked goods with their moistness, richness, and flavor (in commercial baked goods, soy lecithin is often used as a cheap alternative). The liver uses choline in almost the same way, to help solubilize fats within the mostly aqueous body fluids. Choline is crucial to solubilizing bile salts[xiii], derivatives of waxy cholesterol, so without available choline normal bile flow becomes impossible, possibly leading to gallstone formation. Choline is also crucial to the export of triglycerides and very low-density lipoproteins (VLDL) from the liver[xiv], being necessary to make these fat-based particles soluble for transport through the blood, which of course is mostly water. So without adequate choline, one can imagine the liver not only becoming congested with insoluble bile but effectively unable to export fats, which is one of the liver’s key functions in metabolism. Where would these fats end up, if they cannot be packaged and exported from the liver? Obviously, they would accumulate in the hepatocytes and thus, inadequate choline intake is now believed to play a role in the onset and progression of NAFLD[xv], a disease defined by the accumulation of fat within the hepatocytes.

Perhaps further contributing to confusion about the essentiality of dietary choline is that there exists a definite genetic variability in its requirement[xvi]. Another surprising function of choline is that it can serve as a methyl donor, and alongside folate and vitamin B12, it plays an underappreciated role in the methylation cycle so notorious for its genetic variations. It is well known that polymorphisms in the Methylenetetrahydrofolate Reductase (MTHFR) gene, which encodes the rate-limiting enzyme of the methylation cycle, abound in the population and have been associated with numerous functional and even chronic health problems. Indeed, this includes NAFLD, which studies have found to be associated with several MTHFR mutations[xvii],[xviii]. The connection between this genetic association and dietary choline involves the fact that like methylfolate, choline can serve as a methyl donor to drive the cycle. Certain MTHFR mutations can reduce the body’s ability to methylate folate, or essentially to produce methylfolate, crucial to running the overall cycle in that it recycles homocysteine back into methionine. Choline availability is also directly implicated in this process because a decrease in available choline will increase the demand for methyl groups from folate[xix], as will be further explained below.

One of choline’s fates, if there is enough leftover that some can be spared after forming acetylcholine, phosphatidylcholine, and sphingomyelin, is conversion to betaine. Betaine can then serve as a methyl donor to convert homocysteine back into methionine, in place of methylfolate and effectively sparing it. Therefore, increasing choline availability through dietary intake is one way to reduce demand for methylfolate throughout the body, and thereby effectively mitigate a genetic defect in folate methylation. From the fact that choline deficiency can directly induce NAFLD[xx]and the fact that NAFLD is associated with several MTHFR mutations[xxi], it stands to reason that choline requirements might simply be higher in individuals possessing these mutations, and indeed research has found there to be significant genetic variation in dietary choline requirements[xxii],[xxiii]. So there is reason to be optimistic that increasing choline intake could improve many of the conditions associated with MTHFR mutations. There is also reason to be optimistic that choline supplements might be of benefit to patients with NAFLD, in addition to supporting liver function and triglyceride metabolism in general. 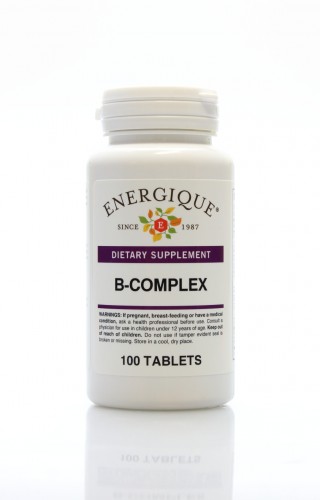 It is often advised to supplement vitamin B12 and folate together. Not only can folate supplementation mask a vitamin B12 deficiency, but there is also some concern that supplementing only one or the other will drive processes that depend on both, such as the methylation cycle, and that this may exacerbate or even create a deficiency in the nutrient not supplemented. For this reason, the B vitamins are commonly supplemented as a complex. Since they so often work in tandem, it is important to provide each of them in relative balance. Although choline is no longer considered a numbered B vitamin, it still plays an important role alongside vitamins B6, B9, and B12 in the methylation cycle, and so when supplementing these nutrients it is important to choose a B complex that contains choline as well. Because studies have found that a diet containing adequate B12 and folate can result in liver damage if the diet is low in choline[xxiv], the potential danger of supporting the methylation cycle in the absence of choline should not be ignored. It is for this reason that both Energique’s B Complex and B-TR 100 Complex 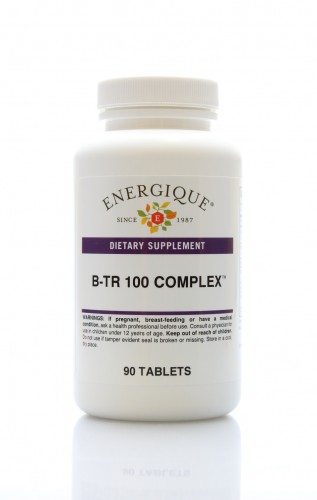 are formulated with choline, in addition to other supporting nutrients to work in synergy with the numbered B vitamins. Energique’s Hepa-Detox blend also contains a high dose of choline to support healthy liver function.