Many have come to dread the approach of spring, when increased pollen counts herald months of agony for those who suffer from seasonal allergies. Though pollen is often blamed for allergies, and while it plays an undeniable part, it is unlikely that pollen alone should cause otherwise healthy people to suffer such misery. Pollen is an inevitable feature of the environment with which humans have obviously coevolved, and there is certainly no reason to think that any plant would benefit from its pollen being allergenic. It is also likely that the quantity and diversity of pollen in most modern human environments has if anything only decreased, compared to what our species would have inhaled before civilization. So either allergies are proof that God hates us, or it must be conceded that itchy eyes, brain fog, sneezing, and a constantly running nose were never supposed to happen to us as a result of inhaling pollen. That numerous people may be observed to not suffer allergic symptoms of any kind during spring only stands as further testament to this fact. One might suppose that genetics play a role, but then there are many cases of people who never suffered from allergies suddenly developing them, and even cases of allergies suffered for many years spontaneously disappearing. So rather than blaming the inevitability of pollen in the air, what is to blame for the onset of seasonal allergies? The answer is likely to be multifactorial, but one important possibility to consider is the phenomenon known as Pollen-Food Syndrome, in which pollen allergies develop secondarily to food allergies. Research has shown a strong correlation between respiratory allergies to certain species of pollen, and oral allergies to certain plant foods. In these cases, it is believed that food allergies develop first, and pollen allergies ensue due to the potential for cross-reaction to antigenic proteins. It turns out that certain species of pollen and certain species of fruits and vegetables can look very similar to the immune system.

So while supporting the digestive system is not often considered when addressing seasonal allergies, there is a definite rationale for such a holistic approach. Because the body must first be sensitized to an allergen before it can trigger a reaction, and because food and pollen allergens can be sufficiently similar to cross-react with immune cells, it is possible to become allergically sensitized to pollen through the gastrointestinal tract. This does not simply mean that inadvertently ingesting pollen can cause allergic sensitization, although this too can occur. It is believed, for instance, that swallowing post-nasal drip comprising mucus that has become laden with inhaled pollen can facilitate allergic sensitization by exposing the pollen to more sensitive tissues in the gastrointestinal tract. In this case, the mucus may have simply done its normal job and trapped inhaled pollen to allow its efficient removal from the airway, and the pollen only becomes allergenic after being swallowed and exposed to the immune system through chronic gastrointestinal inflammation. It must be remembered that much of the immune system does reside in the gut. In other cases, developing a true food allergy can cause one or even multiple pollen allergies to develop simultaneously, because once the immune system has become sensitized to the food allergen, it will behave allergically toward anything sufficiently resembling that food allergen. As described above, in many cases this can include varieties of inhaled pollen. Therefore, addressing food allergies can play an important role in addressing seasonal allergies as well.

Food allergies are increasing, and there is much discussion as to why, but it remains true that one of the most effective ways to prevent the developing of food allergies is adequate digestion. According to the classic theory of allergic sensitization, the body does not begin life being allergic to anything, but only develops allergy after the immune system has been exposed and subsequently sensitized to a certain allergen. We are constantly exposed to food every time we eat, so it is reasonable to think that more than a mere exposure is required; the exposure must be in some way excessive or otherwise inappropriate. In other words, it would need to be a pathological exposure, or normal exposure occurring in a pathological state. The gastrointestinal tract has an enormous surface area and is specifically designed to allow substances to pass into the bloodstream, which makes it somewhat vulnerable to begin with. It also has a disproportionally large and vigilant immune presence, and in many people is subject to constant abuse with irritant, rubefascient, and inflammatory substances such as mustard, ginger, onions, black pepper, chili pepper, alcohol, aspirin, lectins, bacterial endotoxins, the list goes on and on. So it would entirely stand to reason that allergic sensitization would be more likely in the case of ingested proteins, as opposed to inhaled ones.

There is another nuance to this process, however, that is very specific to the case of food and the gastrointestinal tract: allergies are mounted in response to proteins, and yet the digestive tract is designed in large part specifically to destroy proteins. Normally, any ingested protein must first be bathed in stomach acid, which denatures the protein from a complex three-dimensional structure into a chain of amino acids, sort of like a knitted object unraveling into a tangle of yarn. Then, when the unraveled protein reaches the intestine it is normally snipped by pancreatic enzymes into single amino acids, which the body can then absorb and rebuild into different proteins at its whim and leisure. Gluten, the highly allergenic protein found in wheat, can in theory be broken down into the same twenty constituent amino acids as any other protein, and thereby rendered harmless and completely non-allergenic. Immune cells cannot react allergically to single amino acids. Gluten happens to be particularly allergenic to humans precisely because it resists human digestion more effectively than other proteins. The specific proteases secreted by the human pancreas to digest protein are likely best adapted to digest the proteins of the ancestral human diet (probably the flesh of ruminant animals and fish), and likely not adapted to digest proteins like gluten, which are high in “sticky” amino acids like proline and glutamine, and were not consumed by humans until comparatively recently. In fact, it is likely that wheat itself has adapted to resist being digested by animals. In some people, depending on their ethnic background and when their ancestors were first exposed to wheat, some measure of adaptation has probably occurred, but there are definitely still humans who struggle to digest gluten, and it seems to run in families, suggesting a genetic basis. Due to the nature of evolution, which tends to be highly efficient, there may also be people hypothetically adapted to digest it just well enough, such that normally they can eat it, digest it, and remain perfectly fine, but if any additional stress were to be placed on their digestive function, this could tip the balance and cause an excessive exposure to undigested gluten protein, which then in the right circumstances could provoke an allergy to develop.

Returning to pollen and potentially cross-reacting fruits and vegetables, it would be impossible to develop an allergy to these plants, or indeed to any ingested substance, if only the proteins were to be fully digested. It is likely that many food allergies, and therefore also some seasonal allergies, only occur because the body’s first line of defense, protein digestion, has in some way been compromised. This is where digestive support can play a role in addressing not just food but springtime seasonal allergies as well. Digestive support is a broad category, and so rather than taking a generic approach it is important that measures be specifically targeted to support the efficiency of protein digestion, which begins with stomach acid. Interestingly, histamine plays an essential role in both triggering allergic symptoms and signaling the stomach to produce acid, and there are a number of ways to support healthy gastric acid secretion. Herbal bitters may be used to tonify the stomach and support healthy acid secretion, and eliminating milk from the diet may also be useful, as it can act as a buffer and raise the pH of the stomach. Another possible cause of low stomach acid is zinc deficiency, as is zinc is an essential cofactor for carbonic anhydrase, the enzyme responsible for synthesizing stomach acid. Finally, supplemental digestive enzymes can help to support the proper breakdown of protein. 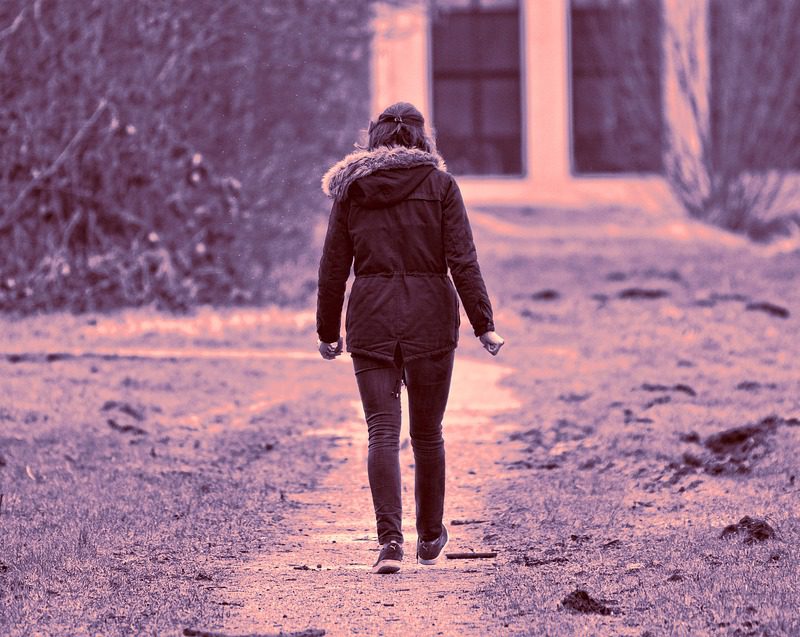 The seasonal transition to autumn brings with it cooler days and darker nights, but while some … 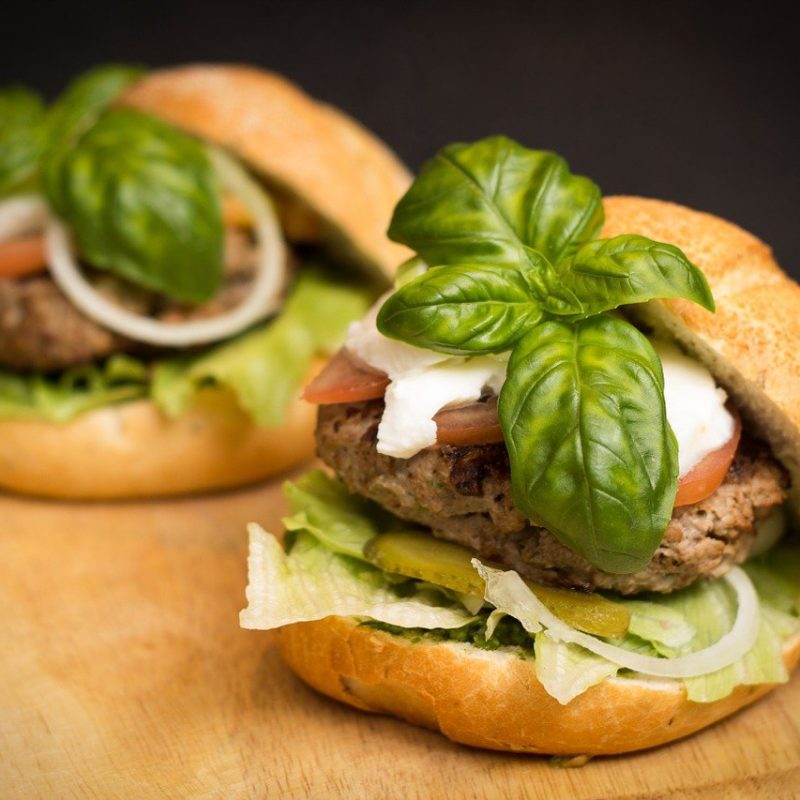