It’s hard to think of a chronic disease that has not in some way been associated with excessive inflammation and/or excessive weight gain. It’s also hard to think of a more elegant way to naturally address both of these concerns than by correcting the ratio of omega-three to omega-six fats in the body since a preponderance of omega-six from consuming diets high in linoleic acid is now thought to be a major contributor to both. Estimated to have been close to 1:1 in Paleolithic times, and currently advised to be kept at around 1:3 for optimal health, various sources estimate that the actual ratio of these essential polyunsaturated fats provided by typical western diets is anywhere from 1:10 to 1:30. This is, of course, almost entirely attributed to the inclusion of processed seed oils in a western-style diet, which provide the omega-6 linoleic acid in unnaturally high concentrations. Soybean oil, which is almost entirely linoleic acid, is alone believed to account for about 7% of total caloric intake in the United States, up from roughly 0% at the turn of the 20th century[i], and likely throughout the duration of prior human existence as well. It has become clear that skewing the ratio of these essential fats in the body towards an excess of omega-6 promotes inflammation, owing to the type of prostaglandins to which these essential fats are precursors. The ubiquitous NSAID drugs, which so many people have come to rely on for treating chronic pain, work simply by inhibiting an enzyme in the omega-6 conversion pathway, making one wonder what proportion of chronic pain could be purely diet-related.

Besides contributing to high levels of inflammation, what is less well-known is that excess linoleic acid in the tissues is also a potent cause of obesity, that other significant contributor to the modern burden of chronic disease. In adipocytes, omega-6 fats tend to promote fat storage[ii] whereas omega-3 fats reduce fat storage and promote fat burning[iii], meaning that increasing the ratio towards omega-6 essentially programs the body for chronic weight gain. Research clearly supports that having a higher ratio of omega-6 in the body is associated with increases in body weight[iv]. Even worse, experiments with rodents have found that increasing omega-6 in the diet increases fat mass progressively across generations[v], which alarmingly suggests a possible epigenetic mechanism. It seems very likely that at least in some cases, people who consistently struggle to lose weight are not being foiled by what foods they’re currently eating, but rather what foods they had been eating for years before changing their diet, or possibly even what their parents ate for years, before vegetable oils and trans fats were known to be unhealthy.

Omega-6 linoleic acid is essential to the body in small amounts, ideally when paired with an equivalent omega-3 intake, and only becomes toxic when the ratio between these two is grossly unbalanced. What makes omega-6 fatty acids especially pernicious as toxins, however, is that unlike some toxins which can be quickly eliminated, omega-6 fats literally begin to structurally comprise the body, becoming part of the membrane of every cell. Proving that you truly are what you eat, the very composition of your body gradually comes to reflect the ratio of these fats in your diet, and because these fats are crucial structural components, they cannot easily be detoxified. It is well known that some toxins, like bisphenol A, can be stored in fat cells for years, but in this case the toxins actually become a part of the fat cells, in the process reprogramming the entire body for inflammation and weight gain.

This is not to say, however, that the process cannot be reversed. There is a continuous turnover of these fats in the body, meaning any toxic excess of omega-6 can eventually be eliminated, restoring a healthy ratio of omega-6 to omega-3. The problem is that this turnover is very slow, and so the process takes a long time. The half-life of omega-6 fats in the body’s adipose tissue has been estimated at 680 days[vi], meaning it could potentially take years to restore a correct balance. Indeed, research with humans suggests that it takes about three years before the fatty acid ratio in the body comes to fully reflect the ratio provided by the diet[vii]. In one sense this is good news, because it means indulging occasionally in unhealthy fats will do little harm if the rest of one’s diet is consistently good. On the other hand, if a patient has been consuming the wrong type of diet for years, this means it could take up to three years of consistently making healthier choices before any significant improvement is realized. An imbalanced omega-3 to omega-6 ratio is believed to be the underlying culprit in many diseases of western civilization, those which result from obesity and inflammation both, so it is of great significance to understand that to reverse this particular consequence of unhealthy eating cannot be accomplished overnight.

Patients often will intuitively believe, quite correctly, that dietary changes are part of their solution, but when progress does not occur very quickly, they commonly fall prey to one of two fallacious lines of thinking. Some people will start to believe that they have simply not gone far enough, essentially doubling down on their restrictions and eliminations. What began for them as common sense advice to avoid unhealthy foods can become an outright eating disorder known as orthorexia, where an ever-growing list of generally harmless foods are ruthlessly eliminated, on the presumption that lack of immediate improvement on a diet implies that there remains something they’re sensitive to, and further purification is necessary. Other people will mistakenly attribute their lack of improvement on a certain diet to their inability to maintain perfect compliance, as if there is some magic to the plan that will only work if it is adhered to 100% of the time, and even the slightest instance of cheating can break the spell and derail months of progress. Because everyone on any diet inevitably will cheat, this way of thinking makes patients conclude that to maintain their diet is essentially impossible, and therefore they abandon it when in reality, they simply needed to take a more moderate approach for longer.

Because it can take years for the body to eliminate excess linoleic acid and achieve a balanced omega-3 ratio unaided, it would of course be desirable to find strategies to accelerate this process. Two obvious ways are to promote weight loss generally, and to increase intake of omega-3 fatty acids. It has been shown that the fatty acid ratio in adipose tissue can change more rapidly when weight changes generally[viii], which stands to reason, and of course omega-6 fats are only harmful when out of balance with omega-3s, so recommending exercise to promote fat loss and supplementing fish oil to provide omega-3s would seem as sure a strategy as any to get results faster. Even beyond this, there are herbs which may support normal fat utilization and turnover in the body. Burdock (Arctium lappa) is a reliable and highly-regarded detoxifying herb, also one with a strong action on the liver and overall fat metabolism. Its Latin name Arctium refers to the plant’s age-old affinity with bears, which have one of the most versatile fat metabolisms in the animal kingdom. Because bears hibernate during the winter, they must accumulate large quantities of body fat rapidly and burn it very efficiently in order to survive, and some herbalists believe that burdock’s association with the bear, and its reputation as a “bear medicine” in some indigenous healing traditions, hints at its power to govern the liver, gallbladder, and overall fat metabolism[ix]. While this may seem like magical thinking, research has actually verified burdock’s salutary effect on serum lipid markers, as well as its power to promote fat loss[x]. Burdock’s action on the liver and gallbladder, the primary organs which metabolize and excrete toxic fats, combined with its general alterative and detoxifying properties, would make it one of the most useful herbs to consider for aiding the body to eliminate excess linoleic acid.

It is serendipitous that an herb to support fat metabolism should also support detoxification, because in addition to excess linoleic acid, the adipose tissue of many people is also laden with more conventional toxins, like organopesticides and bisphenol A. Fat is known to accumulate certain toxins, including many of the ones that have been unleashed in modern times, so when promoting lipid turnover there is always a risk of stirring up too many of these stored toxins too quickly, and overwhelming the body’s capacity to eliminate them. A study that followed patients after bariatric surgery, to promote rapid weight loss, found levels of numerous fat-soluble toxins  to rise in their blood as they lost weight[xi], which provides convincing proof that this phenomenon is real. What’s more, it was found that the types of toxin found in each patient varied significantly based on their age, with those born before 1976 having more PCBs (polychlorinated biphenyls, which were banned in 1978) and those born after 1976 having more PFCs (perfluorinated compounds: phase out began in 2000) in their blood. This suggests quite convincingly that it was toxins lying dormant in adipose for years that were appearing in the patients’ bloodstream during their rapid weight loss, and underscores the need to provide general detoxification support in addition to exercise, omega-3s, and support for overall fat metabolism. Herbs like blessed thistle (Cnicus benedictus) and Dandelion (Taraxacum officinale), and supplements like Magnesium and N-Acetyl Cysteine, can preserve the liver’s capacity to produce detoxifying enzymes and encourage the flow of bile, the main channel of elimination for fat-soluble toxins. Supporting the body in eliminating these toxins effectively will help ensure that progress does not stagnate on their account, as well as improve patient well-being throughout the process, which will likely contribute to improved compliance.

A Case for Homeopathic Singles
Next Post:The Link Between Mercury Toxicity and Hypertension 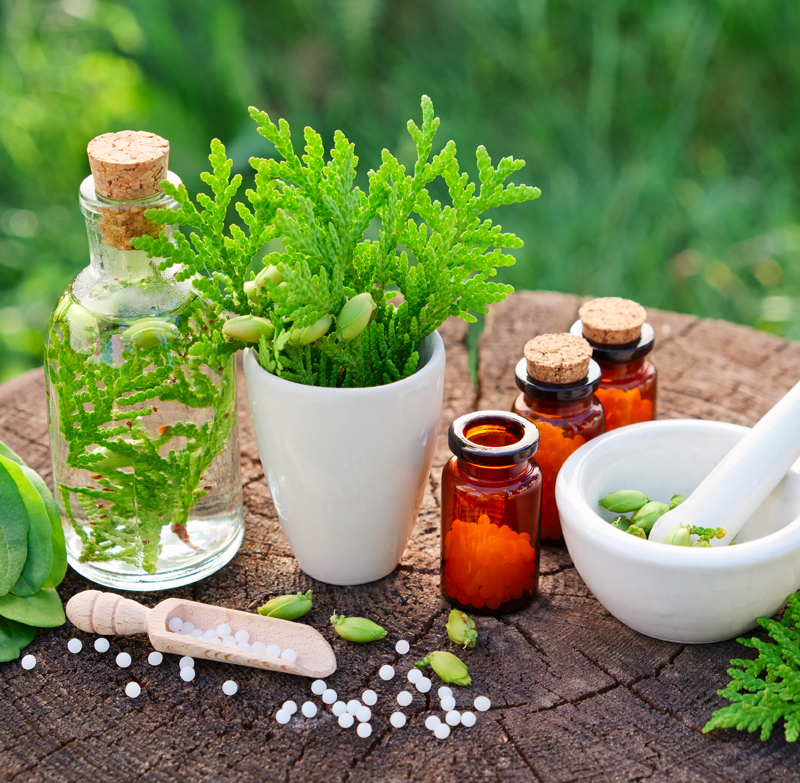 Why Are Athletes More Susceptible to Myocarditis?

Myocarditis, whether viral, bacterial, toxic, autoimmune, or even due to parasites, has the …