INTACT LUNG: A NATURAL SOURCE OF VITAMIN C AND COLLAGEN 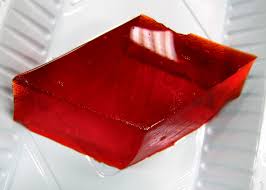 From its humble beginnings as the basis of glue and gelatin desserts, collagen is rapidly becoming one of the most promising food-based dietary supplements. Research has already shown that oral collagen supplementation is effective to support wound healing and healthy skin aging with a capacity to increase skin hydration, skin elasticity, and dermal collagen density[i]. Because collagen plays an important role in maintaining the elasticity of the skin, collagen support has become one of the cornerstones of anti-aging medicine. Additionally, collagen is often thought of in connection with the health of the musculoskeletal system since it is an important constituent of the tendons, ligaments, and cartilage. One organ which is not often thought of in connection with collagen, and yet whose function is vitally dependent on its collagen content, is the lung. The lungs contain significant amounts of collagen the protein represents about 15% of their dry weight[ii]. This makes sense when one considers that the lungs are inflatable sacs which, just like the tendons and skin, owe their elasticity to their collagen content. This elasticity is what allows them to inflate when diaphragmatic contractions create negative pressure in the thorax. It is the lungs’ elastic recoil, not the diaphragm, which provides the force for normal exhalation. Thus, maintaining healthy and elastic collagen in the lungs is crucial to effective respiration.

Like all elastic substances, collagen tends to lose its elasticity over time or through repeated stretching. This in large part underlies the tendency of skin to wrinkle with age and while the skin is the most visible organ, it is not the only one that can suffer from a loss of elasticity. Because collagen-containing structures are subject to wear, the body is continuously synthesizing new collagen to maintain these structures, and supporting this process is an important part of keeping these structures healthy. This includes the health of the lungs in addition to the joints and skin. It was once thought that collagen turnover did not happen in the lungs but more recent studies with better measuring techniques have shown that collagen turnover is quite rapid in the lung, with possibly 10% of the total collagen content being degraded and resynthesized each day[iii]. This makes sense since unlike the majority of the body’s tendons and ligaments; the lungs are in nearly constant use.  What this means is that anything which adversely affects the health of connective tissue has the potential to impair lung function.

To illustrate this point consider scurvy, one of the most famous connective tissue diseases. Many of the symptoms of scurvy, like skin changes, bleeding gums, capillary fragility, poor wound healing, and diffuse musculoskeletal pain, result from impaired collagen synthesis as a consequence of vitamin C deficiency. Another important consequence of scurvy, often a fatal consequence, is an increased susceptibility to respiratory illness. Most people who died of scurvy actually died of pneumonia as a complication of scurvy. This tendency has been attributed to vitamin C deficiency impairing the immune system but could a failure to maintain healthy lung tissue be a contributing factor as well? Interestingly, the clinical progression of scurvy involves widespread connective tissue breakdown, weakness, and anemia, even personality changes, but apart from an increased incidence of respiratory infections, it does not seem to involve a serious systemic immune deficiency. Scurvy truly is, in its essence, a connective tissue disease, so much so that rheumatologists sometimes misdiagnose it as rheumatoid arthritis[iv].

Why is vitamin C so important to the health of connective tissue? The unique tensile properties of the collagen proteins comprising connective tissue can be attributed to a pair of specially modified amino acids. Collagen proteins are unique in that they contain hydroxylated proline and lysine. The addition of a hydroxyl group to these amino acids allows them to form cross-linkages when they are incorporated into an amino acid chain. This is believed to increase the strength and structural resilience of the resulting protein, accounting for collagen’s relative toughness and elasticity. Vitamin C is an essential cofactor in the hydroxylation of proline and lysine, i.e. it is required by the body to synthesize new collagen proteins from a supply of ordinary proline and lysine provided by dietary protein.

That vitamin C is a cofactor in hydroxylating proline and lysine, the building blocks of collagen, but not in the subsequent synthesis of collagen itself. This explains why scurvy does not appear in traditional cultures like the Eskimo who eat very little plant food and rely on a nearly carnivorous diet, as well as why fresh meat has been known to cure scurvy as effectively as limes. Collagen is used to provide structure to animal tissues, but is not found in plants since they rely instead on a cellulose-containing cell wall to provide their structure. So dietary plant protein does not contain hydroxylated proline and lysine, whereas animal muscle is abundant in connective tissue and thus provides these amino acids in a pre-formed state. The symptoms of scurvy can be seen really as a deficiency of hydroxylated amino acids, as a consequence of inadequate vitamin C, so supplying hydroxylated amino acids through the diet would seem to prevent scurvy as effectively as supplying the combination of plant protein and vitamin C.

If vitamin C is important to maintain the health of connective tissue, and if the lungs derive much of their structure and function from connective tissue, it would make sense to suppose that lung would be a good source of vitamin C, and this is in fact the case. The lungs are indeed relatively high in vitamin C[v], with its concentration in the alveolar cells up to ten times higher than the concentration in the bloodstream[vi]. There is also reason to think that vitamin C actually improves lung function independent of its effect on the immune system. Not only does evidence suggest that vitamin C may be useful in providing immune support[vii], there is also evidence that it improves respiratory capacity during exercise and may even be useful for treating exercise-induced asthma[viii]. Because lung tissue itself is rich in collagen and vitamin C, freeze-dried lung capsules can provide both of these nutrients as a supplement in their natural form. Unlike cooking and other processing treatments that involve high heat, freeze-drying does not diminish the vitamin C content of foods. This makes freeze-dried lung capsules an effective way to support the lungs, in addition to supporting skin health, joint health, and even healthy aging.

Webinar 1/21/21 Stress and Blues
Next Post:Detox Paradox – from St. John’s Wort to Grapefruit