The herb St. John’s wort is shrouded in folklore. Its very name is a reference to Saint John the Baptist whose feast day was chosen by the early Christian church to replace Litha, the pagan festival of midsummer. This figure likely became the herb’s namesake due to the ancient magical belief that, as a source of solary virtue, it was best when gathered at noon on midsummer’s day when the sun’s influence is at its strongest. This notion intriguingly parallels the herb’s reputation for photosensitizing the skin, not to mention its use to support healthy moods by promoting a more cheerful and, as one might say, sunny disposition. Its botanical name, Hypericum, is believed to derive from Hyper Icon, or “above the idol,” referring to an ancient Greek practice of hanging the herb in temples above the statues of gods and goddesses as a guardian to protect them from the influence of evil spirits. This practice too assumes interesting parallels because Hypericum powerfully enhances one of the body’s innate barriers against ingested toxins, namely the cytochrome p450 system on the intestinal border[i] which helps to protect the body from the “evil” influence of xenobiotics.

The cytochrome p450 system is a family of iron-containing enzymes responsible for detoxifying most of the chemicals, toxins, drugs, bioactive plant constituents and various xenobiotics that we inevitably ingest daily. If you drink a cup of coffee, for instance, the cytochrome p450 system is what gradually metabolizes and eliminates the caffeine from your system. We all have unique mutations in the genes encoding this family of enzymes, often single nucleotide polymorphisms (SNPs), which make us individually better or worse at metabolizing certain types of toxins. These mutations explain why some people may be particularly sensitive to a certain drug, or perhaps a certain family of vegetables commonly eaten as food. The cytochrome p450 system is expressed in many cells but predominately in the enterocytes comprising the intestinal border and the liver. On the intestinal border, it serves as the first line of defense, neutralizing toxins absorbed from the ingesta before they even reach the bloodstream. If the capacity of this first defense is exceeded, as it often is, the toxins reach the liver through the portal vein and are subject to detoxification by these same enzymes expressed in hepatocytes. For an ingested chemical to become active in the body, whether it be a toxin, medicine, or drug, it must be dosed sufficiently to exceed the liver’s capacity to clear it through this process called first pass metabolism. If so, it will reach systemic circulation and gradually be eliminated during subsequent passes, which accounts for the drug or substance’s effects wearing off.

The cytochrome p450 system is particularly important for oxidizing and eliminating steroidal compounds. This makes it crucial for eliminating toxins like the xenobiotic estrogens to which we are all constantly exposed through the ubiquity of plastics in our modern environment. It is also crucial for the proper clearance of the body’s natural steroids and thus plays an important role in healthy hormone regulation. There are numerous enzymes within the cytochrome p450 family, abbreviated as CYPs. Each one has a unique form and is specialized to neutralize different varieties of toxins. Among the most significant members of this family, and in some regards the most significant, is CYP3A4 which alone is responsible for metabolizing roughly 50% of all ingested drugs[ii]. CYP3A4 is crucial to the elimination of pharmaceuticals, in addition to many other xenobiotic compounds with toxic effects on the body. Stimulating CYP3A4 is thus a powerful way to enhance the detoxification process. 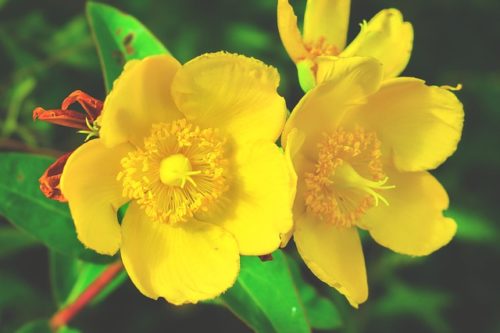 Many substances, especially medicinal plants, are known to either stimulate or inhibit the CYP3A4 enzyme and, given this enzyme’s important role in overall drug metabolism, these effects explain the basis of many herb-drug interactions. Grapefruit, for example, is so infamous for this that patients taking certain drugs like statins are counseled to avoid it entirely. The reason for this is that grapefruit contains specific furanocoumarins which inhibit several CYP enzymes including CYP3A4. When drugs are ingested, what normally happens is the enterocytes lining the small intestine recognize them as toxic chemicals foreign to the body and use CYP enzymes to start breaking them down before they even reach the liver. Grapefruit inhibits CYP3A4 and therefore makes the body more vulnerable to drugs which that enzyme would normally metabolize. Thus, consuming grapefruit with certain statins can increase the amount of drug that ends up in the bloodstream increasing the effective dose and potentially causing an overdose. 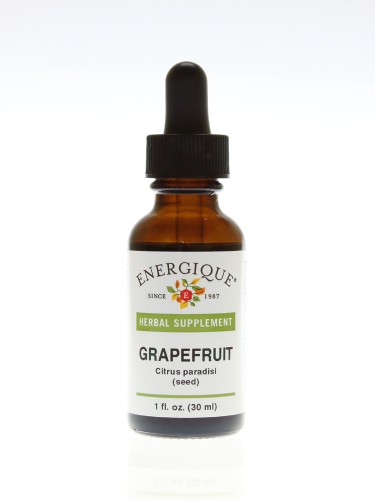 So, if grapefruit inhibits this detoxification pathway, how did it gain its reputation as a powerful detoxifying food? While it inhibits the expression of certain CYP enzymes, it conversely induces the expression of others. For instance, grapefruit has been shown to increase levels of CYP1A1, an enzyme that can detoxify certain carcinogens[iii]. Also, its ability to inhibit certain CYP enzymes can in some cases be protective. It is well known that certain toxins, like alcohol and acetaminophen, require two phases of detoxification, and become more toxic as a result of their phase 1 metabolism. CYP3A4 is a phase 1 detoxification enzyme, and grapefruit’s inhibitory effect can therefore protect the body in certain cases from phase 1 toxicity, by slowing down phase 1 metabolism and allowing phase 2 to keep up. One study found that grapefruit decreased the liver carcinogenicity of aflatoxin B1 by modulating the rate of its phase 1 metabolism[iv].

But there are, of course, cases when one would wish to enhance CYP3A4 activity. For instance to support detoxification from xenobiotic estrogens, benzodiazepines, or a vast number of pharmaceutical drugs. Grapefruit owes its relative preponderance of drug interactions to its inhibitory effect on CYP3A4. To find a herb that enhances expression of the CYP3A4 enzyme, one need look no further than to that most notorious culprit of all herb-drug interactions, the dreaded St. John’s wort. Formerly one of the most popular herbal supplements and celebrated as one of the best botanical options for mood support with research into its possible use for mild-to-moderate mood issues going back to the 1940s[v], St. John’s wort has since largely fallen out of favor due to its incredible number of potentially serious herb-drug interactions. It seems to interact with just about everything and is therefore contraindicated in patients taking just about every drug. Indeed, St. John’s wort has been officially recognized as the herbal product with the greatest number of known herb-drug interactions[vi]. The power of St. John’s wort to wreak havoc in patients under pharmaceutical treatment is well known. There are cases of renal transplant recipients rejecting their organs after taking St. John’s wort because the herb depleted their bodies of the powerful immunosuppressant drugs required to tolerate the graft[vii]. There are even cases of unwanted pregnancy attributed to taking St. John’s wort because the herb too rapidly stimulates the elimination of estrogens in oral contraceptive pills[viii]. There are times when the effects of certain toxins are desired but do these examples not suggest the tremendous potential of St. John’s wort to stimulate and enhance intended detoxification, as well as even contribute to hormone balance?

St. John’s wort’s influence on mood is due to its effects on serotonin and the monoamine oxidase system mechanisms distinct from its effects on drug and hormone clearance via induction of the CYP3A4 detoxification enzyme. These former effects have largely overshadowed many other important uses for St. John’s wort like supporting liver detoxification – a purpose for which it was renowned before it was even discovered to support healthy moods. It is possible that the herb’s reputation for improving mood and mental clarity may even owe itself in part to its power to stimulate detoxification in the liver, reducing brain fog by improving the elimination of toxins from the bloodstream. After all, an herb that has been contraindicated in AIDS patients because it was shown to reduce blood levels of the HIV protease-inhibiting drug Indinavir by 81%[ix] must be good for more than merely inducing accidental detoxifications.